The Best Cars of the 70s: Our Picks 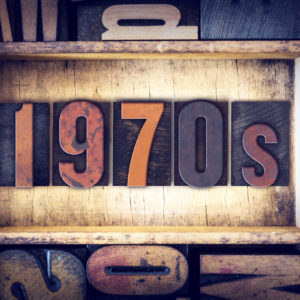 Last month, we reviewed some of our favorite cars from the 1960s. So it only seemed natural to follow that piece up with a look at some of the best cars of the 70s. The late ’60s and early ‘70s truly was the golden age of the muscle car, and there are hundreds of awesome vehicles from this era that still resonate with collectors today. Narrowing this list down to a handful was a real challenge! But which cars are the best of the best? Check out our list to see if your favorite muscle car from the ’70s made the cut:

The first Challengers technically rolled off the assembly line in 1969, but they became instant classics in the ’70s. Building on their success of the Charger in the 1960s, Dodge unveiled the similarly designed Challenger as a model for both racing and regular street usage. The oil crisis of 1973 temporarily ended the production of the Challenger (along with a myriad of other muscle cars), but the model returned in the late ’70s and is still going strong today.

The Pontiac Firebird Trans Am might have been the most famous muscle car of the 1970s –– simply because of its filmography. Indeed, this iconic vehicle appeared in Hooper, Rocky II, and –– of course –– Smokey and the Bandit. The second generation of Trans Am was available from 1970-81, and though the oil crisis of ’73 dialed back some of the horsepower of later models, it remains a stunning ride.

Though the Barracuda first hit the scene in 1964, we’re focusing on the third generation model –– which featured from 1970-1974. In fact, the ‘Cuda shared a launch platform with the Dodge Challenger. These cars were excellent in their day, and they can command a high price on the market now. One Barracuda recently sold for an eye-popping $2 million. Though, it is still possible to land one for somewhere between $40,000-$80,000.

Like most cars on this list, the Camaro has its genesis in the 1960s. For our money, though, Chevy really hit its stride with the second generation of Camaro, which ran from 1970-1981. Even some of the later models, such as the 1979 vintage, have a great look about them. (Even if they lack the sheer power of earlier muscle cars.)

We could go on for days listing our favorite cars of the ’70s, but we’ll conclude with a few more honorable mentions. Any of these cars would make a great addition to a classic car collection:

We’d love to go on, but we only have so much time and space!

At Precision Restorations, we love classic cars as much as our customers do. We provide a number of restoration services, and we’re happy to work with a wide variety of makes and models. If you’re in the market for a classic car restoration, then contact us or call us toll-free at 1-844-652-1966. Or you can email me directly at [email protected]