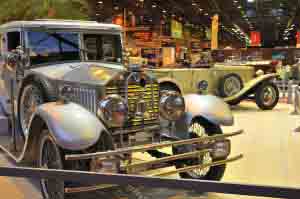 This Paris, France car show was first held in 1976 and had over 110,000 visitors at the 40th annual event. Retromobile is commonly known as the first major car show of the year. Attracting experienced collectors, exhibitors, and international buyers, this 2-day show boasts impressive auctions and over 500 vehicles exhibited every February. This year, Retromobile auctioned off the most expensive car ever sold in British pounds – the Ferrari 355 Sport Scaglietti – for a whopping £24,693,782 or $35,711,359! 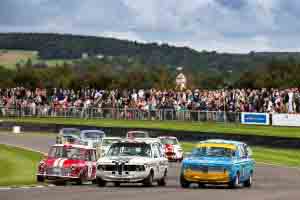 Named after the estate grounds in West Sussex it’s held on each year, the Goodwood Revival showcases road racing cars from the 1940s to 1960s. Each year, drivers race cars around the Goodwood Circuit to relive the golden days of the circuit’s original racing period. The Goodwood Revival’s sister event, The Goodwood Festival of Speed, attracts crowds of 100,000+ each day during the 3-day event. Most popular attractions are the Hillclimb that allows race viewers to watch from a mere few meters from the course and the Moving Motor Show. In contrast to the speed and rush of the Hillclimb, an exclusive event, Style et Luxe, features the beauty, luxury and rarity of classic cars in exceptional condition.

Ranked with the Goodwood Circuit, the Silverstone Circuit hosts the family-friendly Silverstone Classic each year. Centered around classic motor racing, the event also offers live music, entertainment, and an exhibition of more than 10,000 privately owned classic cars. Cars dating before 1996 can enter the RetroRun, a for-fun race that allows drivers to choose from two courses for a test drive.

This car show, also known as the NEC Classic Motor Show, boasts being the biggest and best classic auto show in the United Kingdom. Held every year in Birmingham, cars on display array from British classics to American muscle and antique automobiles to European exotica. For the 2-wheel enthusiasts, the Lancaster Insurance Classic Motor Show also has a motorbike show, highlighting motorcycles of old (and new!). 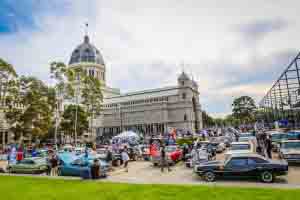 Held in Melbourne, Motorclassica is Australia’s Concours d’Elegance and largest classic car show. The event begins with Tour Classica, where over 70 Concours competitors parade through the streets of Melbourne en route to the Royal Exhibition Building. Competitors vie for awards in various categories, as well as the most coveted “Best of Show.” 2015 winners include a 1963 Ferrari 250GT Lusso and a 1954 Chevrolet Corvette. In October 2016, Motorclassica will feature events to celebrate several anniversaries for Mercedes-Benz, BMW, Rolls-Royce, Ducati and Touring Superleggera.

Share your thoughts. Have you been to any of these car shows? Which local, national or international car shows do you enjoy most? These are a few international favorites, but there are many others who didn’t make this list.