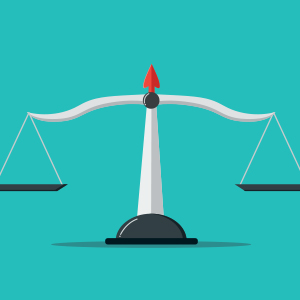 One of the best things about being a car restoration enthusiast is that there’s always something new to learn — especially regarding terms and concepts. For example, you’ve probably come across the terms restomod and pro touring numerous times and wondered if they’re synonymous (as they are often used), and what they actually mean. Here’s an overview of each concept:

The word “restomod” is a combination of restoration and modern –– which gives you an idea of what this concept is all about. Essentially, it’s an approach that involves restoring a classic car so that most –– or all –– of its esthetics match the original version, but significant high-performance upgrades have been made to the engine, transmission, and other systems and parts.

People who love restomods steroid shop sverige (and there are many of them!) feel this restoration approach delivers “the best of both worlds.” That’s because their car looks like a classic model from decades ago, but performs like something built last week.

Pro touring refers to a kind of classic muscle that has been fundamentally enhanced to either meet –– or quite often surpass –– the performance standards of a modern performance vehicle. Imagine taking a glorious ’69 Dodge Charger and making numerous improvements so that it can drive side-by-side (or zoom past) a Ferrari or Porsche. While esthetic improvements are part of the process, generally speaking enhancements are about performance.  For example: the suspension may be re-engineered for better geometry, or 13” brakes may be added.

If you’re scratching your head and saying, “hmmm, these concepts seem very similar!” then you’re right –– and that’s why the terms are often used interchangeably. Plus, there are some car restoration enthusiasts who steadfastly refuse to consider pro touring a type of restoration at all –– since the true goal of pro touring is to “enhance” rather than “restore.” There’s obviously a big enhancement element to a restomod as well, though emphasis is not purely on performance in that scenario. (You can see why restomods and pro touring are popular topics of conversation, and sometimes debate, at shows and events!)

To connect with our team of experts for information, recommendations and advice on restomods, pro touring, and other classic car restoration approaches, contact us toll free at 1-844-652-1966 today, or email me directly at [email protected]. We love talking about restoring classic cars!