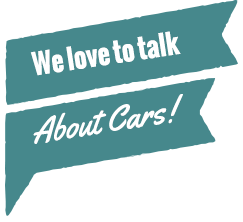 Overall, [the quality of the work] probably exceeded what I hoped for. There were only a couple little things (I expected some) that we found prior to delivery that were corrected. I actually liked being told, “Take it and drive it for a couple weeks, any little things that you find aren’t exactly how you like, bring it back and we’ll correct them.” That took the pressure off of going through everything on delivery day when I was excited just to have it back.

I had the truck mechanically restored about a year and a half prior out in California and had been driving it all rusted out since that time, but the rust started getting worse here in Missouri. I had been working on rust and body work in my garage for some time, ignoring the kids and wife and making a huge mess. I took a few parts in to get media blasted first. The parts came back in about a week looking great and very reasonably priced. Then I took the truck down to get an estimate on some fabrication work for irreplaceable parts.

After talking to the experts at the shop about what I ultimately wanted to do with the truck, they shared my enthusiasm.  We bounced ideas off of one another for a while.

Although I only took the truck down for some minor work I went ahead and had him keep the truck about a week while I was out of town and give me several estimates from doing part of the work all the way up to the whole enchilada. What sold me was that everyone in the shop seemed enthusiastic about the project. I stopped in several times during the process, took my kids down to see it and everyone there was fantastic. They like what they do, they’re good at it and I think it shows. Just look at that paint job, where are you gonna go and ask someone to paint your vehicle to look just as rusty as the day you brought it in?